Home/News, Q & A’s with the Coach/Congratulations Coach Corcoran!
Previous Next

The HGR family is proud to announce that our boys’ lacrosse coach Scott Corcoran has been picked up by the MLL! He will be joining the New York Lizards after a stellar career as a longstick midfielder with the Merrimack Warriors. Coach Corcoran, who once planned on playing college hockey, wisely switched to lacrosse, a decision which has undoubtedly made Merrimack College extremely happy! 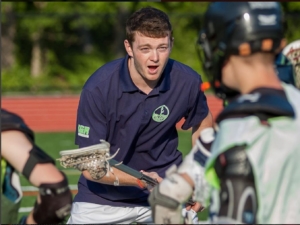 Coach Corcoran has been called “One of the Nation’s Elite,” a well-earned title with awards and recognition as long as a midfielder’s stick!

We salute Scott Corcoran for his skills as well as for modeling exemplary character for his teammates and players, and wish him every kind of success in New York!