This was the perfect weekend for two major tournaments…NEYLAT at U-Mass and the Bulldog Bash at Yale University. 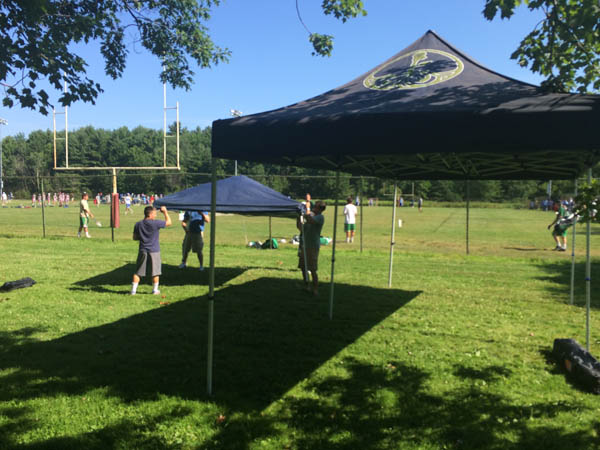 Grills are all fired up for lunch, as are the players and coaches. Is Jared Einarson hoping James McLaughlin will pull him to the front of the line in the wagon? 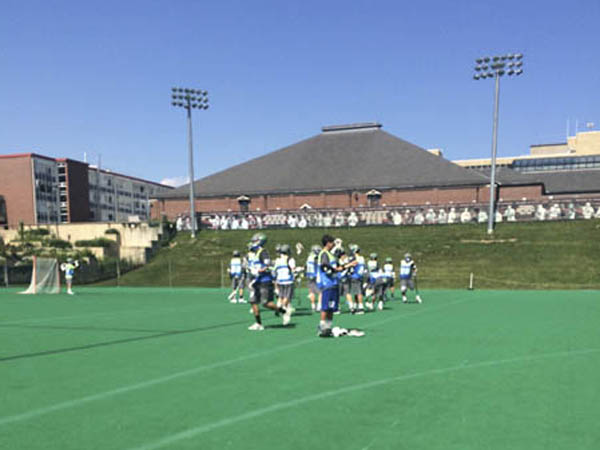 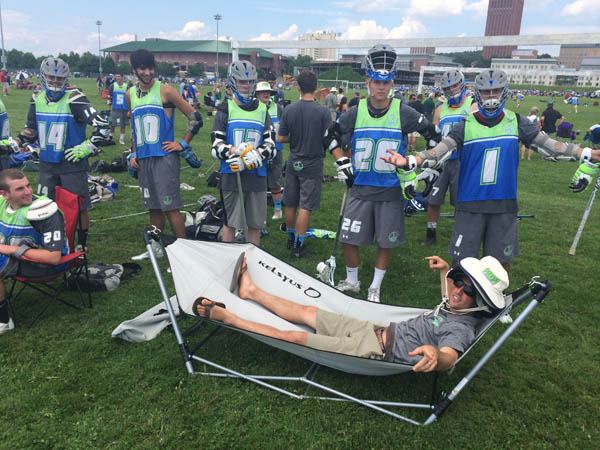 If Schelfhaudt offers you a hammock to watch him play you don’t say no. Coach Brazill and his hats get comfy on the sidelines supporting the 2015 green team: #1: Erik Baptista; #36 Edward Johnson; #12 John Croston; #10 Dan Conlon; #14 Patrick Delaney; and #20 Alex Flynn. 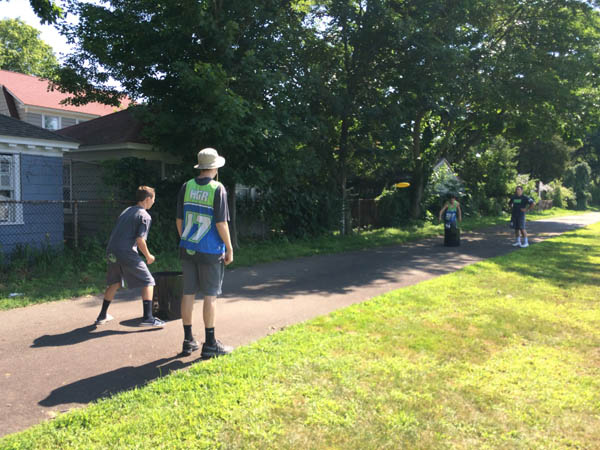 The HGR 2016 Green team takes a little Can Jam break between games at the Yale Bulldog Bash.