You a gear hound? Coaches Bryan Brazill and Peter Smyth sat down recently to share their TOP 10 list of “Must Have” lacrosse equipment to help you sift and sort through all the hype. 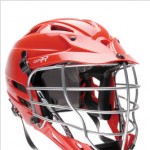 CPX-R  Helmet :  Yeah, we know the Pro7 is cool, but the one we like way better is the CPX-R. It’s got the same impact zone technology as the Pro7 to guard against concussions, but it’s a more comfortable fit with better vision.  It’s fully customizable to whatever colors you want and it looks sweet.  Some people don’t like it because of the fin in the back but I think it looks cool. People didn’t like Cascades when they first came out because they thought Bacharachs looked more normal. Now Bacharach helmets are a joke. I’m betting most of the kids won’t even know what a Bacharach is. 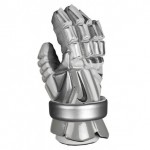 #2  Nike Vapor Elite Glove :  A lot of kids like the Warrior Riot gloves right now and they’re fine. They’re pretty simple and they come with 2 cuffs so you can change the cuff color for home and away games, which is kinda cool.  But the Nike Vapor Elite Gloves 13” are way better than anything on the market I’ve ever seen. All the gloves got crazy flashy over the last couple of years. They look like Dolce & Gabbana bags with the repeating logos. These new Vapor Elite gloves are simple looking–you can make them all one color or you can add some flare to them if you want. They have zones you can make different colors.  They’re so comfy and they have good padding.  There’s a lot of mesh in the palm, so they don’t need to break in. They’re smaller gloves—they’re not like a big hockey glove. And they look cool. 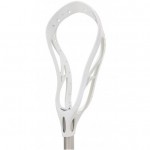 #3  Warrior Lacrosse Evo X Head:   The Evolution head is just a classic head that’s been around forever. When the college rules changed the specs that a head had to be, the “X” was developed to fit the new specs for college-legal heads. The Evo has been the most consistently popular head with advanced players for a reason–it’s just a great piece of equipment.

#4  STX SC+TI Handles:  The Brine King shafts might look a little cooler, but the only thing is the rubber peals off and they’re a little bit heavier than any other shaft. The Warrior Diamond is a big seller, as is anything in the Krypto PRO family. But we like the STX SC+TI because it’s light and strong.  You can go with any SC+TI as long as it’s scandium titanium and it looks cool to you, but for our money STX makes the best one. 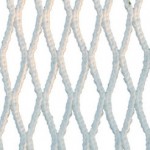 #5  Standard Issue White Mesh:  Just get standard white mesh because it doesn’t have the dye and the glue in it (which makes colors hard to break in). Same with white sidewall—it’s not as hard. Kids get caught up with 5 diamond or 6 diamond, vs. regular 10 diamond. You just need standard white mesh. When kids buy ‘em gray or blue or school colors, the dye prevents the pocket from ever properly breaking in—it’s more like a tennis racket.  You’ll never see a kid playing for Duke or Virginia with an orange pocket because it’s just not functional. Just get a piece of standard white mesh and leave it alone and score a lot of goals, and that’ll look cool.

#6   STX K18 Arm Guards for Attack & STX Cell for Middies and Defense :  k18 arm guard for attack men have great impact absorption with a low profile. They’re full-length and breathable so they’re comfortable. And they don’t slip so they’re not annoying. For middies and defense men, the STX Cell is a smaller, no-slip breathable sleeve. They have just the right amount of lightweight protection. 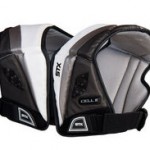 #7   STX Cell Liner Shoulder Pads :  I really like the STX Cell liner pads. (The Brine Mikey Powells are nice too.) The STX Cells are good because they’re protective but they’re not bulky, and you don’t have to cut anything off them.  Kids will buy shoulder pads and alter them up by snipping off the shoulder cap or all this extra padding you’d never need in a lacrosse shoulder pad. They put those extra pads in there for little kids. But they made a rule that if you alter your shoulder pads in any way by cutting something off, that’s illegal. So these just start where they should start, so you don’t have to alter them. You don’t have to get a ref busting your chops about it. 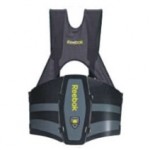 #8   Reebok 9K Rib Pads :  These are solid plastic. You could get cross-checked right in the ribs or the kidneys and you’re not going to feel a thing. It’s more for box players or attack men that like to back in, or guys that are just seriously undersized and get beat up. But they’re comfortable, they’re super protective, and they’re fairly cheap. A lot of guys my age wear those in lieu of shoulder pads. I don’t know why – they think their ribs are protected so they’re shoulders aren’t going to get hurt…?!

#9  Warrior Burn 5.0 MidTop Lacrosse Cleat :  It’s one of the few lacrosse specific cleats. It’s got the midtop so you don’t roll your ankle and good flex so it’s comfortable. It looks pretty sweet and it comes in a flat mat black. 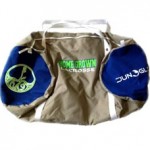 #10  Customizable Gear Bag from Jungle :   Jungle is a leading provider of custom uniforms and apparel. They make custom team bags inexpensively and they can design whatever you want. You can copy a picture from our homegrown bags or whatever you want.
That’s a wrap for this TOP 10 list. Did we forget anything? What are some of your “can’t live without” lacrosse equipment picks?
Roving Reporter2022-05-16T09:08:09-04:00April 18th, 2012|Top Ten|