2014 was a great season for the Blue Ribbons as they posted a perfect 8-0 record, earning the number one seed in the playoffs. Tonight they capped it off  by winning the Greenhead Championship. The Blue Ribbons controlled every contest they were in winning by an average of 8.5 goals. The number three seeded Indians have nothing to be ashamed of as their only losses came from the Ribbons. Congratulations to both teams on a successful season, and again to the 2014 Greenhead Champion Blue Ribbons. 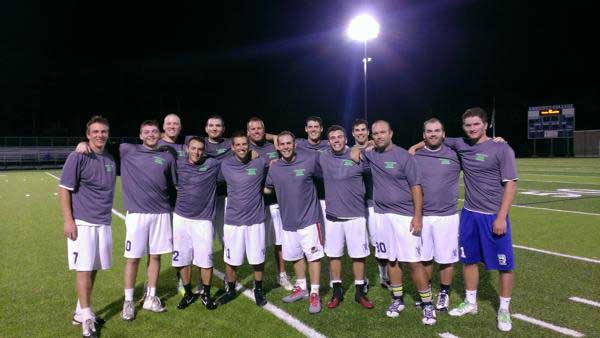 Congratulations to the Blue Ribbons and all the HGR guys for a perfect season!