Merrimack College is Number 1 in the Country!

On Sunday, April 23, Merrimack had a come-from-behind victory over No. 1 ranked Limestone College. The result: for the first time in their history, Merrimack tops both of the national polls, the United States Intercollegiate Lacrosse Association and US Lacrosse Magazine.

HGR Lacrosse and Merrimack College go back a long way. 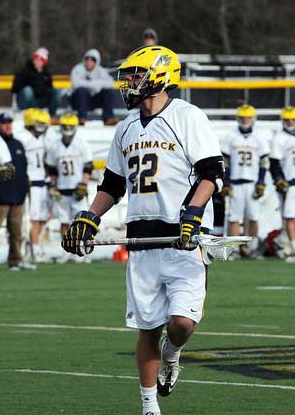 Here’s what Merrimack’s press release had to say about the victory:

After posting a come-from-behind victory over the only remaining unbeaten team in the country on Sunday, the Merrimack College men’s lacrosse team ascended to the top spot in both major national polls for the first time in program history, as announced by both the United States Intercollegiate Lacrosse Association (USILA) and US Lacrosse Magazine.

The Warriors took over the No. 1 spot in both polls, marking the first time in program history that has occurred. Merrimack had previously been ranked as high as second and no lower than sixth at any point this season in both polls. The team was ranked third nationally heading into last week.