What Makes a Great Coach–Conversation With Coach Brazill

What Makes a Great Coach–Conversation With Coach Brazill 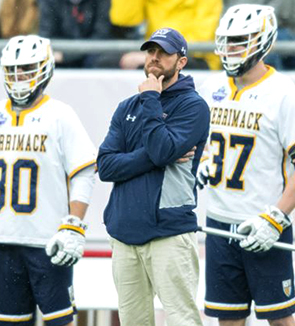 We were talking with Coach Bryan Brazill on October 26 and were discussing coaching and what makes a great coach?

Once they can understand it, they can see it, and then they can do it. A lot of the coaching blocks that I’ve found over the years are because the kids just don’t understand what you’re asking them to do and if they don’t understand how could they actually do it. So, it’s really important to have a bunch of different ways to communicate the same message in different ways to kids.  And then I really believe in the kids knowing that you believe in them and care about them. And that’s paramount.

Do you find that if kids have different learning styles, does that translate into different skill sets that they’re good at naturally, or they’re unconnected?

Well, it’s a whole different conversation, but there are definitely different skill sets that kids naturally have. I don’t know if it’s related to their learning ability or their athletic ability, or what they’ve latched onto and kind of specialized in to be successful in their own way. It probably is more related than I’ve thought about it.

But especially in a skilled sport like lacrosse or hockey or basketball, you need a variety of skills to be able to really succeed. to just be good in one area is not good enough anymore.

So yeah, I think it contributes, but some kids just work differently. Ergonomically, just the chain reactions and kinetics of how they move, change their skill sets in a number of ways.

I have a few questions about how you get to know these kids. So when you’re observing them, as part of being a good coach and knowing your kids, can you just look at somebody and say, OK, these are going to be your strong skills or it doesn’t work that way?

Can you watch somebody play for a couple of minutes and know what their ergonomic hardwiring is?

Yes, and you can change it up. A college kid, yeah, totally like, hey, you’re here; you’ve got great hands and you understand how defenses work and you know how to get behind your defender and get open. You’re going to be a great off-ball player. This other kid can run like an antelope. I can make you a Dodger who can shoot down the alley

You know, there are certain things like that, but if you look at young kids, I think the first thing I do is try to get rid of expectations other than we’re going to grow and we’re going to get better. And we’re going to have fun doing it. And then resist the temptation to start fixing and changing right away before you actually know the kids and their abilities.

So many kids don’t play to their ability to because of fear of failure. So you have to create an environment where they’re not afraid to try. And they’re able to play their hardest and do their best.

And if you just put them in a role, it might be stymieing to them, right? They might have more in them, so first you’ve got to see who they really are. And the only way to do that is to have very macro goals of giving big effort and getting better, and improving our ILAX IQ and skill set, and having fun doing it.

And I love this sports psychologist D-Mack sports psychologist. He says what’s celebrated is replicated. So if there’s something that’s really important to you and a kid does it and you say “Finally!” like that’s not going to get them to want to do it again. But if you lose your mind in excitement, now they think, “Oh that’s good. I gotta do that.”

Really celebrating their successes is a step that’s lost on a lot of coaches because they’re too busy thinking, “I’ve been trying to get them to do it forever. Now they’re doing it. Let’s move on.”

You can’t move on until you make a huge deal about it, so that they know that’s what you want and that you’re proud of him or her.

So where does the All-American great competitive push come in, because when I hear you talking about this, it seems as though all these other things are way more critical and that the competitive spirit comes out of the celebration, not the other way around?

I love this topic. So the competitive spirit is being stifled by parents and coaches pushing. And if a kid is always pushed to do, they never find their own self-motivation.

And once a kid finds self-motivation now their potential ability is almost limitless to what they’re willing to put in for work. But if all the work is always thrust upon them and they have to do this because Mom signed me up for it, and I do that because Dad said I have to do these reps before I can go out with my friends. Or sign up for this league, because my coach wants me to play all winter. Then they’re really losing that self-drive.

When I was a kid, sports weren’t such a big business. Or maybe they were and I was a little oblivious to it. I don’t know. Maybe somewhere in between but I remember being really into snowboarding and spending hours, shoveling jumps, practicing tricks, literally physically hurting myself, and still going after it because it was fun for me and I had my own self-drive.

My parents had no aspirations for me to be a professional Snowboarder or be in the Olympics. I mean it was a joke of a sport when I was doing it. All that practice was self-driven. I was never pushed.

But on the other hand, my dad was big into hoops. He never pushed me on the hoops and I didn’t wind up being a great basketball player, but I found my own passions with lacrosse, snowboarding, and surfing. I found my own self-motivation and he just encouraged the desire to get better. But he never forced the work on me because as soon as it’s work, it’s not fun and as soon as it’s not fun then it’s just like everything else the kids are being told to do by adults.

I think that’s where the really great kid who has separated himself from the pack has found self-motivation at another level that other kids haven’t.

Is that a large part of the work that you have to do? To educate parents as well as kids, and to change parents’ minds about how they view competition and how they communicate with their kids?

I find parents just want what’s best for their kids. And a lot of these parents didn’t play collegiate athletics or professional athletics, and some of them were not even high school athletics. So they’re doing what they think they need to do to get their kid a leg up.

Their kid doesn’t need a leg up. That’s not what sports are about. Sports are about having fun and developing passion and work ethic.

And if you’re always driving the kids, they’re not going to develop passion and work ethic, and they probably won’t even have fun. So once you kind of reframe it for parents, they find it pretty easy to get on board.

And we do that every year at our annual meeting and with a director’s message before we start our seasons. It just kind of frames all this and says, hey, this is what we’re about and it’s not what everybody else is about, but that’s what we’re going to be about here and that’s what we need you to support. Usually, they’re like, this is awesome.

And the kids that find that, they’re getting scholarships to go play college lacrosse. And the kids that don’t, aren’t. But it can’t be the carrot in front of you is the college lacrosse scholarship and then the motivation behind you is your dad pushing you in the back. That’s just a recipe for an unhappy kid who doesn’t like the sport and usually doesn’t make it past JV.

You see it so much at the youth level. I’m happy to say that I see it much less at the high school level than I have in years past, and maybe that’s the culture of HGR taken over in my little immediate nucleus. It all goes back to like if it’s not fun, what are you doing?

There is a litany of ways to get into college on a scholarship. Lacrosse is supposed to be about fun and competition. For a lot of these kids, competition is fun and winning is fun and being better than your peers is fun. Because you’ve worked and you’ve earned that separation, and it’s something to be proud of.

I think that’s great too, and not something to be ashamed of. And that all goes back just to creating this environment where the kids feel your energy, your excitement and your passion. And then they feel free to explore their own without fear of failure. You still want to correct and adjust, but you don’t want to lose the purity of it.