Some stories just get to you.

You’re familiar with the wheelchair lacrosse league, I’m sure.

And then there’s the story of Bianca Cheverie who, at age 15, became the youngest player ever on the Canadian Women’s Senior Lacrosse League.

Here’s one more for you.

US Lacrosse Magazine shares the uplifting story of a really cool kid, Brock Spayd, who, through perseverance, strength, and determination, found his passion in the game of lacrosse. Here’s a little background from Alexis Bethea of  uslaxmagazine.com:

Spayd was born with periventricular leukomalacia, a form of cerebral palsy. He has been in occupational therapy ever since he could walk. At age 6, he underwent surgery to cut his right femur in half and rotate it 45 degrees to lengthen the tendons in his hamstrings. Doctors said he would never play sports.

But after two more surgeries to elongate those tendons, at ages 12 and 15, Spayd grew to a sturdy 6-foot-1 and 130 pounds.

I’m sure you already figured out that doctors were wrong. Brock, as his mother says, is “rubbing it in Cerebral Palsy’s face!” You have to read the story to find out how he continues to do this. 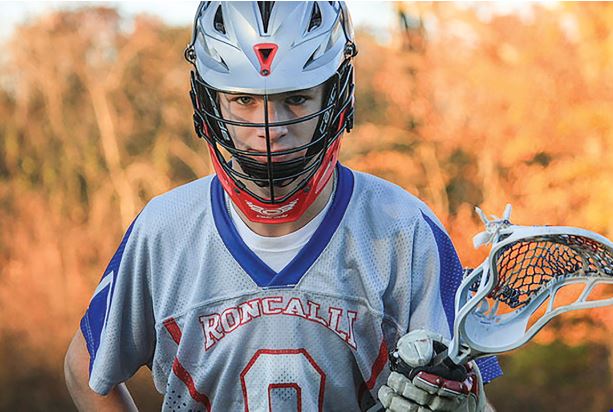 Photo of Brock Spayed courtesy of US Lacrosse Magazine – uslaxmagazine.com